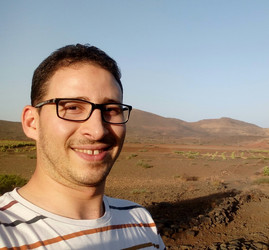 Phosphorus is an essential nutrient for plant growth and development. It is one of the most important elements in crop production. Despite its wide distribution in nature, it is considered as a deficient nutrient in most soils. In response to this deficiency, modern agriculture relies on the utilization of fertilizers. As a result, crop production and global food security are highly dependent on fertilizers input in agricultural lands. Several soils are defined as having high P-fixation capacity. Therefore, most of the added fraction of phosphorus in the soil may get fixed/ precipitated, hence it becomes unavailable to plants. The root-associated microbiome is a key determinant of soil nutrient availability and plant biomass productivity. Plant root-associated microbiome refers here to the whole community of bacteria and fungi living on the surface and/or inside plant roots. Arbuscular mycorrhizal fungi (AMF) constitute a widespread soil fungal group, which establishes symbiotic associations with the majority of vascular plants. As fungi that extend their hyphae into the rhizosphere and the surrounding soil, AMF interacts with a plethora of soil microbes. Several in vivo and in vitro studies have shown that AMF harbors a large microbial community both on the surface and/or inside their spores, mycelia and intraradical propagules. Among these microorganisms, phosphate solubilizing microbes (PSM) namely bacteria and fungi, can dissolve non-soluble mineral phosphate in the soil or mineralize immobilized organic phosphorus. However, how these microbes are able to associate and cooperate with AMF is not well understood. Therefore, this research project aims to determine how microbes are recruited by AMF in response to biotic and abiotic changes in the context of phosphate dissolution and to enhance the efficient use of mycorrhizal symbioses in crop production. It is necessary to mention that this relevant project will enable us to isolate and select the most efficient hyphosphere associated microbes which could be used, as biofertilizers, to improve crop production.